You are here: Home / Blog / pipettes

There is a massive garbage patch in the Pacific Ocean. In fact, there are trash vortexes in each of the 5 oceanic gyres. The size of these trash vortices are debatable, but the facts remain, our oceans are littered with plastic and the trend is going in the wrong direction! END_OF_DOCUMENT_TOKEN_TO_BE_REPLACED 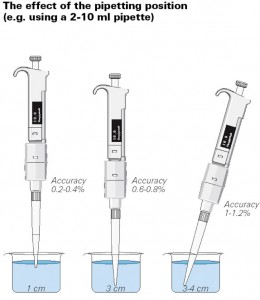 Proper Pipetting – The effect of the pipetting position

Proper Pipetting Resources That Will Improve Your Skills

This post is in response to a tweet that said: “Any scientists out there have a good #pipetting info poster to show students?”

We are constantly adding to our growing Knowledge Base to provide our customers with excellent resources to increase laboratory productivity. We’ve compiled an extensive list of pipetting resources from major pipette manufacturers that highlight proper pipetting techniques and tools to improve your pipetting experience, regardless of your skill level. Whether you’re working in a clinical, reference, research setting, these resources will help improve your pipetting accuracy and technique.
END_OF_DOCUMENT_TOKEN_TO_BE_REPLACED